Foundational Sources and Purposes of Authority in Australian Law

The starting point in understanding Australia’s socio-legal place in an international context is to be familiar with its Western legal tradition. Some of the characteristics of the Western idea of law include the separation of law from other normative systems (such as religion), the centrality or primacy of law as a method of regulating society, and the inherent authority of law. Other major socio-legal features of contemporary Australia include a multicultural population and government by representative democracy. Australian law has sprung out of the English branch of the Western legal tradition, therefore the English heritage of Australian law will first be considered. 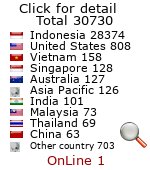